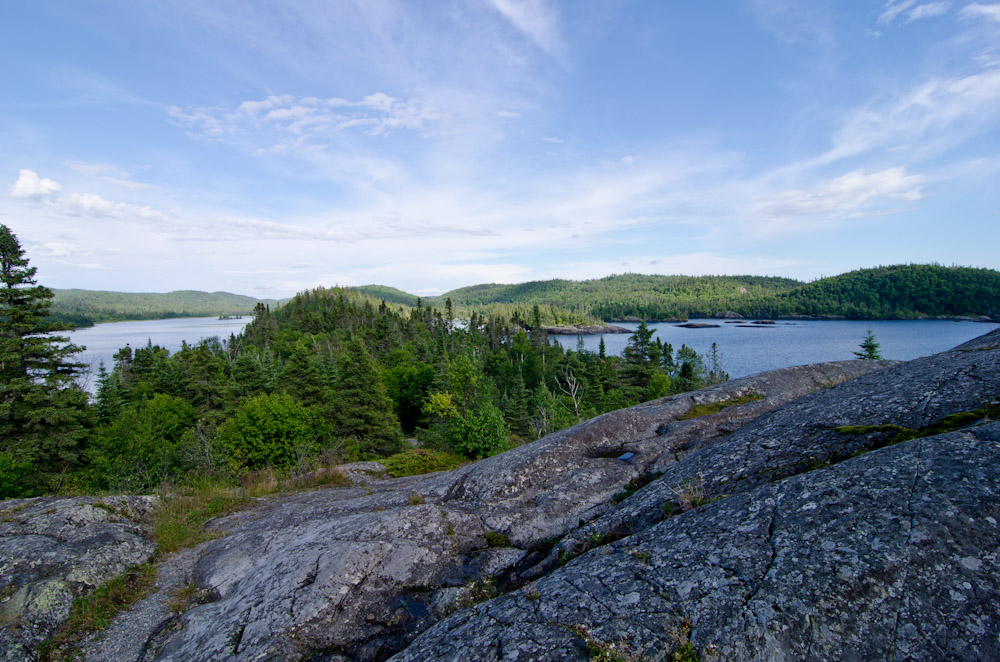 I’ve had a lot of thoughts running through my head lately, and I’m still crafting more serious entries.  Until then, I thought I’d start posting some of my road trip journal from August 2013.  These were written each night of the trip, and are a little more documenting than my usual entries, but I enjoy them.  They are written more or less as they came from my head, with very little extra thought involved…journal style.  They bring the good together with the bad, and I feel they may the best representation of my experience, as it was fresh when written down.  My plan is to post these over time, unchanged from how I wrote them.  I hope these are enjoyable.  I’ll try to post a picture or two as well.

Day 1: Hamilton to Pukawaska – 1,176 km driven
First day of the road trip!! There has been much excitment and enjoyment, along with a few fustrating moments. The day started off without a hitch. The alarm went off at 4:00am, and I was out the door sitting in the car by 4:15. The first part of the trip was pretty normal, as I’ve driven it before many times: The usual bathroom break at French River, the stop for gas at Espanola, and so on…

While on the stretch between Sudbury and Sault St. Marie, it started pouring cats and dogs. There was a moment where I couldn’t even see the transport truck that wasn’t that far ahead of me. It did let up a little, but the rain stuck around on and off for the rest of the day. I made good time and managed just under 100 km per hour total average for the day.

The driving started to get fun after Sault St. Marie. Partially because the road was twistier, and partially the scenery. I drove that bit to Wawa last year as well, but its so easy to forget how grand and huge everything is. I find everything around Lake Superior to be bigger and better than the rest of Northern Ontario as I’ve experienced it. I stopped at a couple lookouts to get pictures, but otherwise I just enjoyed the drive.

After Wawa, I was driving in new territory. I have never driven this far. The drive was normal northern Ontario driving…not as nice as Lake Superior as it cut inland.

Then I arrived at Pukawaska which was my destination for the day. I arrived around 430pm. So it took me about 12 hours to get there. I was planning on doing some hiking to see the sights, as the park is on the shores of Lake Superior. But as I was setting up camp, it started raining. That curbed things for a bit, but it let up and the sun came out again. I walked the headlands trail, which was very rocky, and it followed a bit of a peninsula that went out into the lake. The scenery was great…better than I had expected. Pukawaska was supposed to be just be a simple overnight stop, and yet I greatly enjoyed the hour long hike that I went on here.

Things got a little frustrating at dinner. I chopped my bag of firewood(not used to doing that….Josh or Phil always does), and then it started raining. I didn’t bother to put the wood in the car because it was just spitting. I probably should have because I wasn’t able to get a fire going as result. And my plan was to cook dinner over the fire. So I had to start up the cookstove instead. Good thing I brought that along. After dinner I was digging through the car looking for a few items that I couldn’t find. I did find them, but I definetly need to figure out some better organization for the car. I just don’t feel like it since I’m going to be on the road again tomorrow….but that’s going to be a trend that won’t be changing that much.