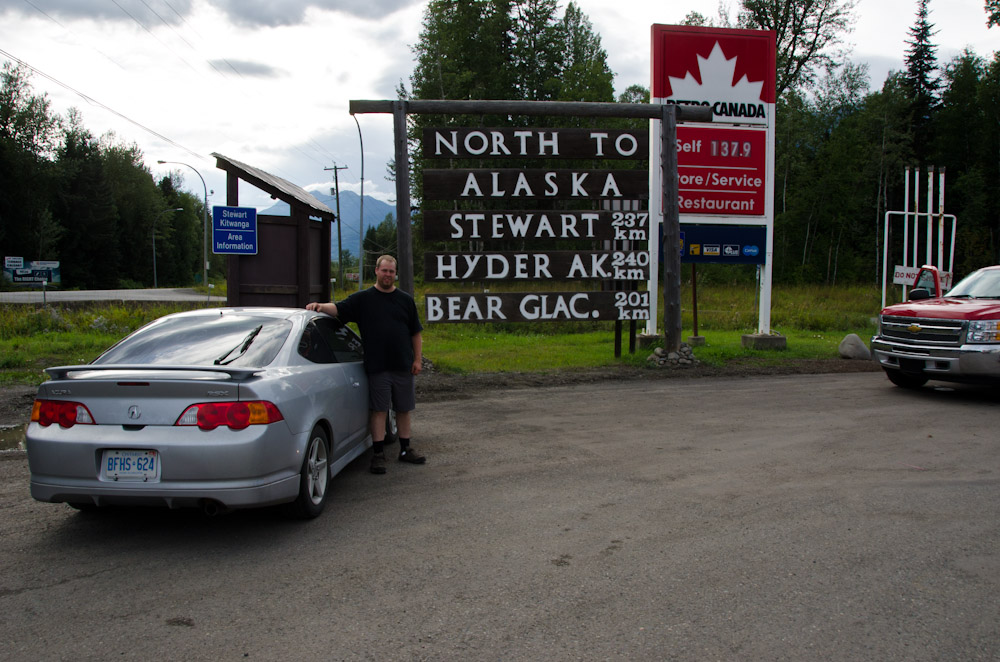 Another journal entry from last year’s road trip.  My drive to Kitwanga was less interesting than most of the rest of the trip…..but it was important as it was the transition away from the normal tourist attractions.  It also marked the halfway point.

Day 14: Jasper to Kitwanga – 890 km driven
Today was mostly just a driving day. The first day like that since the beginning of the trip. Not a whole lot happened otherwise. It was interesting to note that as I got closer to Prince George, the mountains disappeared, and then for a good chunk of the drive, it was more like Northern Ontario than anything else. The only difference was that the towns didn’t seem to be dying and there weren’t abandoned buildings around.

I think it was around Houston where the mountains started re-appearing off in the distance. I stopped for lunch here at A&W. I have to admit, I’m a little tired of the long drives, and didn’t feel like having sandwiches again. The next town was Telkwa, and things were starting to look a bit older, with some of the run down looking buildings that I associate with Northern Ontario, but also some decently old looking buildings that transport me back in time.

Smithers was quite surrounded by mountains, although the clouds were kind of covering the tips, not quite as bad as the rain day at Waterton though. As I got closer to Kitwanga, the scenery started to look mountany again and the road was going through some interesting areas by rivers. I didn’t take any remote cam pictures because my window was covered in bugs…I’ll have to work on that.

The excitment mounted when I reached the Cassiar. Seeing the signs for Stewart and the Alaska Highway was very exciting. This is what I set this trip up for…this is why it had to be a month long. It was raining though so I didn’t get any pictures. I’ll have to tomorrow morning…hopefully its clear then.

And now I’m at an RV campground in Kitwanga. Kitwanga is an Indian town, and its very rundown looking. The rain is kind of being annoying, starting and stopping…. Meanwhile, off in the distance from my campsite, I can see the snow covered peaks of mountains coming out of the cloud cover. 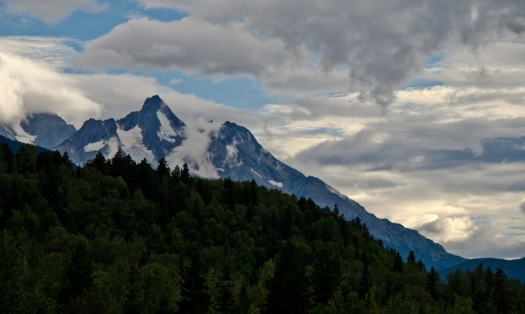 After the rain stopped, I went out for some pictures around the village. There is an old church, and many abandoned buildings. Its sad how these Indians live… I met an older lady from Texas who was on her way down from up north, and we talked for a while about the various sites. Now I’m very excited to get on my way!