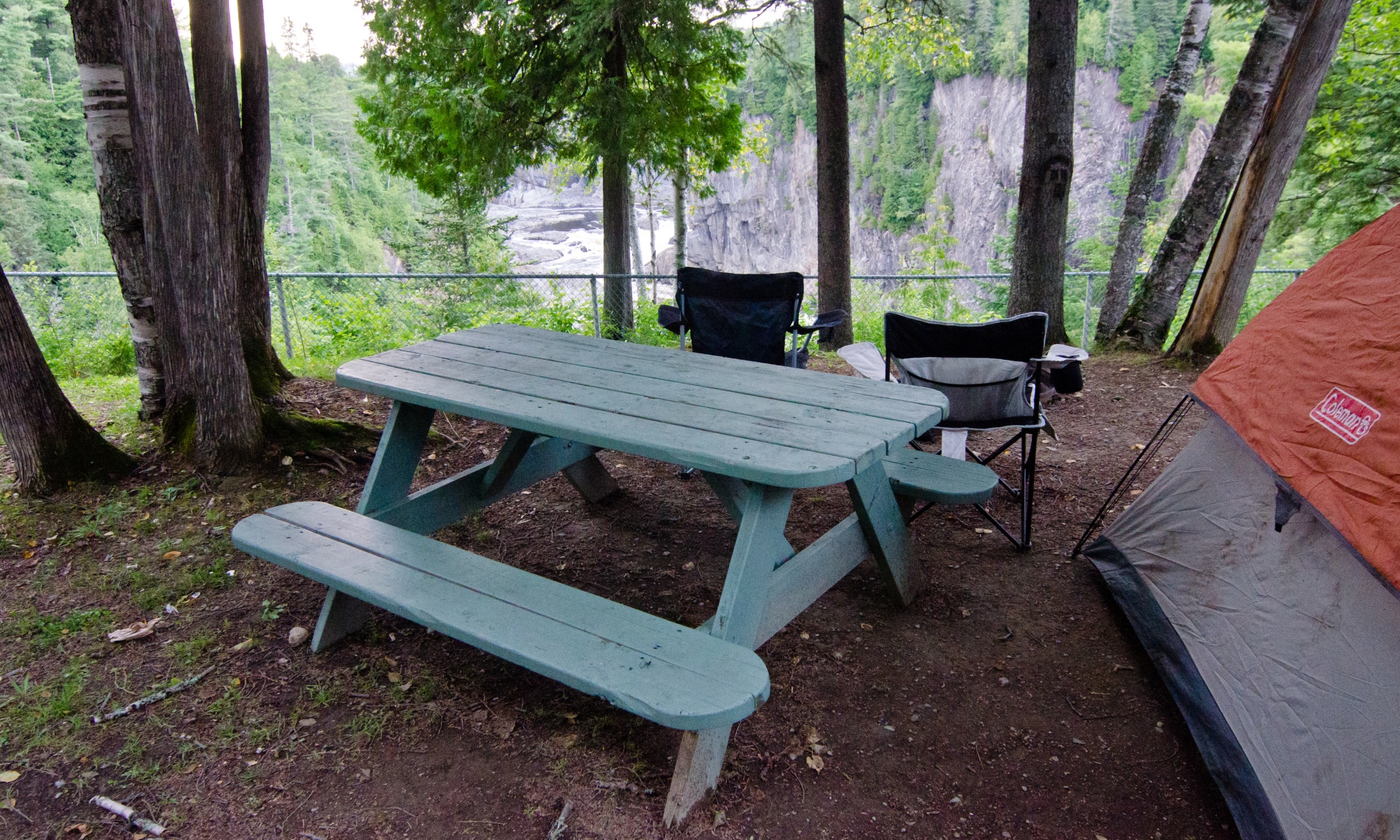 Here’s the journal from the first day of my Newfoundland trip.  Not a whole lot happened and this may be a less interesting entry, but it’s honest.  The first day of the trip out east is tough.  Waking up at 4am, driving 13 hours, and then not really getting any reward from the point of view of seeing sights, make it a very long day.  In the end it paves the way to an amazing trip though, so it’s worth it.

Saturday | Aug. 8, 2015 @ 6:40pm
This trip has begun like many of my trips: I’m tired, a little stressed, and don’t feel like I’m as excited as I should be. It’s a little odd that something that I claim to love so much would be this way. I think its because these multi week trips require extra setup and are prone to more potential problems. The trip out east is more stressful than others because the drive is more rushed, has more traffic and less interesting things to see.

The beginning of the trip was uneventful. We made it through Toronto in good time and didn’t hit any traffic until Quebec. There was an amazing sunrise that had the whole sky glowing red as we drove through Toronto. Even Quebec wasn’t that bad. We took the A-30 around Montreal which was much more relaxed than usual and we didn’t have any trouble getting lost. There was some nasty traffic through Drummondville that tired me out, but otherwise things were pretty good.

I think its mostly that the drive is so boring. There isn’t much to see from Toronto to Quebec, and other than the bridges to Quebec city and Montreal, there is absolutely nothing to see. There are some nice scenes of the mountains across the St. Lawrence that helped keep me engaged near the end. The clouds were really cool too.

Of course the clouds were looking the way they were because there was some serious rain on the way. As we neared New Brunswick, it poured rain and at one point the car hydroplaned…a bit scary.

It stopped raining before we showed up in Grand Falls where we got a campsite with a view of the falls. Our neighbours are kind of loud, so I hope we get a good nights sleep as we have a decently long drive in the morning.