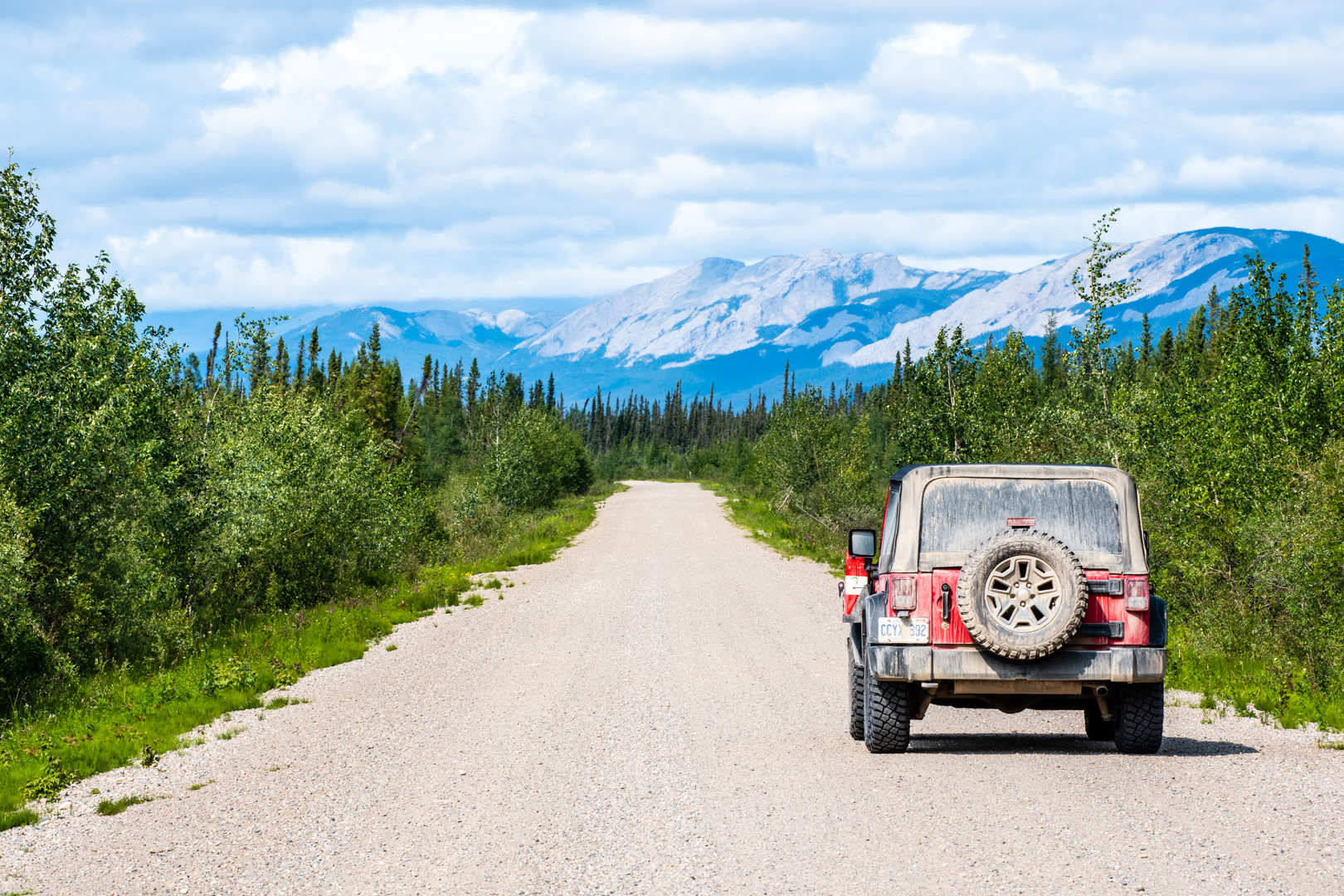 When I put Wrigley in the trip plan there were a lot of unknowns. Aside from the fact that the NWT tourism website mentions it, there is almost zero info online. There are no pictures of the road itself. It is far off the beaten path, that much is sure. Its 200km of length made it seem desolate. Looking at the map, I could see it ran close to the Mackenzie River, and that far on the other side of the river, there were mountains. Would I be able to see them? Would the road be scenic or just another boring NWT road? I was sure it would be grand, but I had no way of knowing…until now.

It was Sunday morning, so I took the morning slow and streamed the Sunday service from London. When that was done, I set out, ready for a relaxing afternoon cruising the Mackenzie Highway to Wrigley. The first 80km were typical highway for the area. Maybe a bit more up and down, but otherwise just trees, trees, trees. 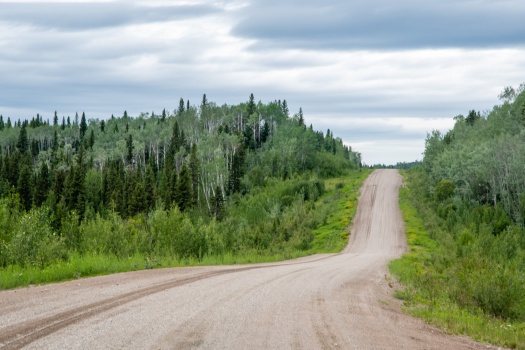 As I was driving I suddenly remembered, I had been told that the ferry runs until 10:30am, then stops until 2pm…and because I had started a bit later, I was going to be late for the ferry. So I sped up and tried to make it, but showed up 5 minutes past 10:30 and they were already shutting down. That was tough. My plans had completely fallen through. I had already driven an hour, and now if I wanted to continue on, I had to wait 3.5 hours! And then, the ferry’s last run was at 7:30pm. So I had 5.5 hours to see the road beyond, and that was if I pushed it. I had decided to make a day trip of it, so some of my supplies, including the tent were back in Fort Simpson. I simply had to make it back before the 730 ferry. 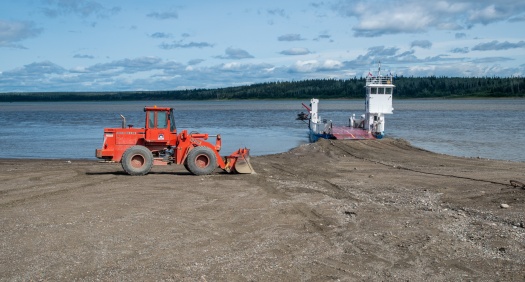 I didn’t know what to do. There was a part of me that said sitting for 3.5 hours was ridiculous…that from what I’d seen of the road so far, it wasn’t worth it. I had also left my reading material and laptop at camp, so I had very little to entertain myself with, and there wasn’t much to see at the dock. Going back also seemed wasteful as at this point it was late enough in the day that I couldn’t really go anywhere else. So I sat there. I did have my Milepost guide, so I paged through that…either way it was a long wait. Eventually I was finally on the ferry, and as we crossed, I caught a glimpse of a mountain across the river. Could my imaginations about this road be true?

They were! And then some!! The mountains kept getting bigger until I was driving almost among them, with the road snaking on ahead. Oh, how I’ve missed mountains. It’s been 6 years…and I am filled with awe by them again. I’ll let the pictures speak. 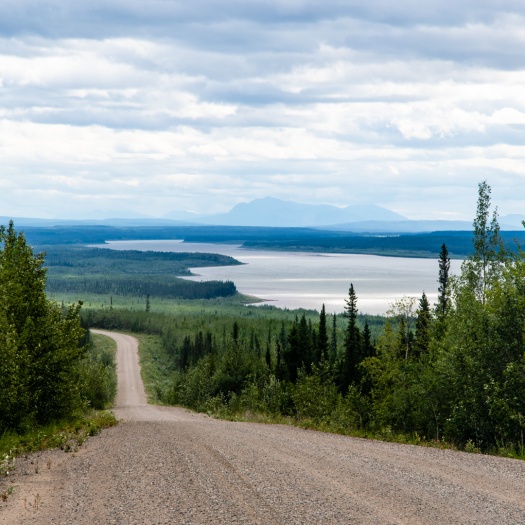 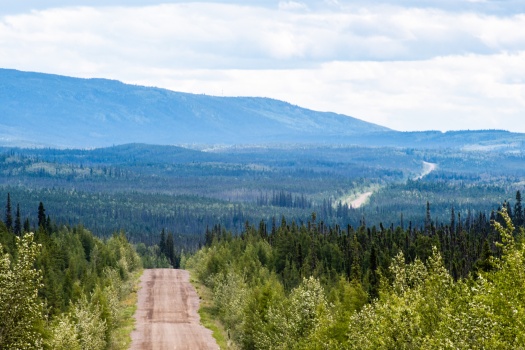 At the end of the road was the small town of Wrigley, and the continuation of the ice road portion…which in winter goes all the way to Inuvik. That would be a crazy adventure for some other time. 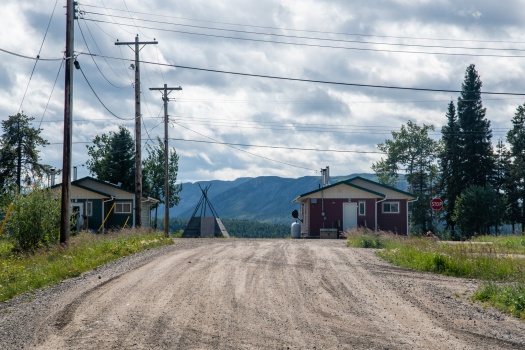 Oh, and did I mention? There was a silver lining to my having to wait for 3.5 hours: The day had started off rainy and dark. While I was waiting it was pouring rain. Just a bit before the ferry started at 2pm, the storm broke and the sun came out and the weather turned glorious. If it wasn’t for the wait, I might have cruised on to Wrigley and missed some awesome views because of the rain clouds. I guess God knew what was coming and had me in mind, even if it meant waiting for so long. So thankful! 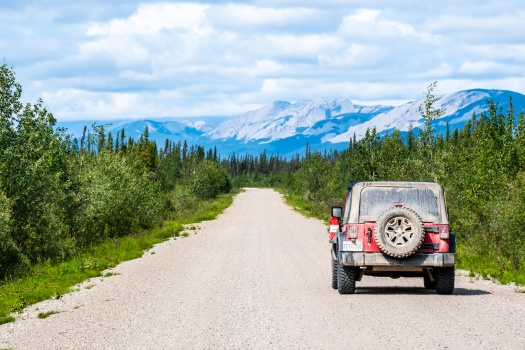 It was a bit whirlwind due to the ferry constraints, but oh, so worth it! This is the perfect transition, as next I leave North West Territory to go to Northern BC for a couple of weeks. So, I’m going to see mountains anyway, but it was special for my first sight of them on this trip to be on an off the beaten path road that few tourists travel on.

(Interesting note: at the end of the road in Wrigley, I have now broken my previous record from 6 years ago for the farthest north that I’ve ever been…I’ll be going farther next month)