Yesterday I did something a little different. I rode the rails, Klondike style. My Jeep was in the shop getting the front axle seals replaced, so I was going to be without a vehicle for a chunk of time anyway. I arranged for a day trip down to Skagway, Alaska from Whitehorse. A portion of the trip, including the return was by bus…but I did get to ride the White Pass Railroad, which was built in the very early 1900s to access Yukon before the Alaska Highway existed.

During the gold rush the main way into Yukon was by boat to Skagway, and then they had to trek to Carcross where they would catch a steam boat up the Yukon River. The White Pass Railway was put in to provide transportation from Skagway to the steamship network. Before WWII, the only way into Yukon was Skagway and the Railroad, or multiple hops in an airplane. 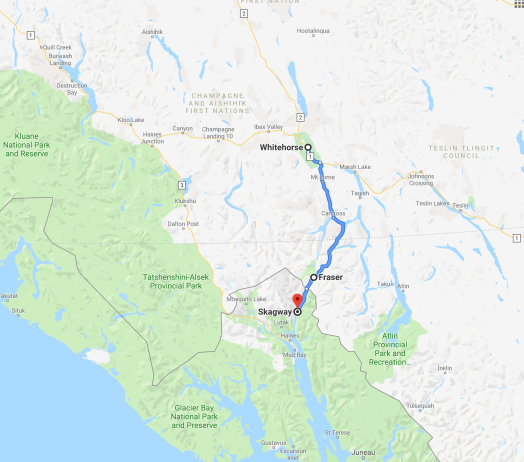 The rails more or less follow the path of the current road…which is highlighted in the map. For this journey I took a bus from Whitehorse to Fraser(which is in BC) and rode the train to Skagway(in Alaska). The portion from Fraser goes up to the summit of the area and then comes down through the pass into Skagway. It was a great trip. 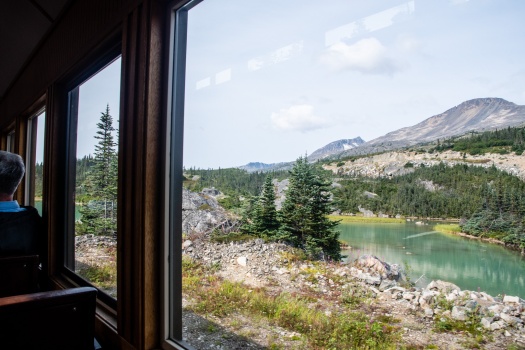 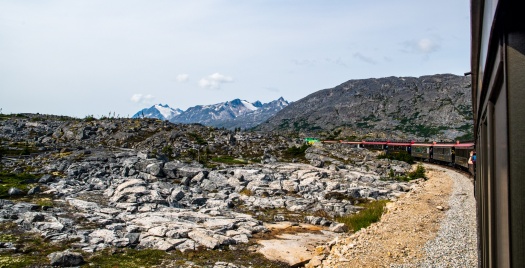 The rail cars were restored originals and even the engines actually been in service for a long time. The day was a great experience, but I find the photos just don’t capture it. At least they can kind of give an idea of what it’s like.

The photo above is the border into Alaska. It was interesting to cross into another country on a train. 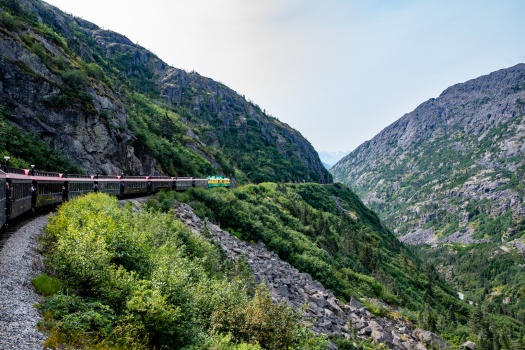 As the train came down the pass, we could see the channel at Skagway…and one of the cruise ships that was docked. It was kind of busy with lots of people, and there were a lot of people on the train. But in the end it was kind of nice, because the group of us on that bus were together on the train and we kind of got to know each other a bit during the journey.

It was a great experience. It’s hard to capture, but I know the experience will last in my mind. I hope you enjoyed the pictures. I’ll admit, it was kind of nice to let someone else do the driving and just enjoy the scenery, but at the same time I’m looking forward to being behind the wheel again. 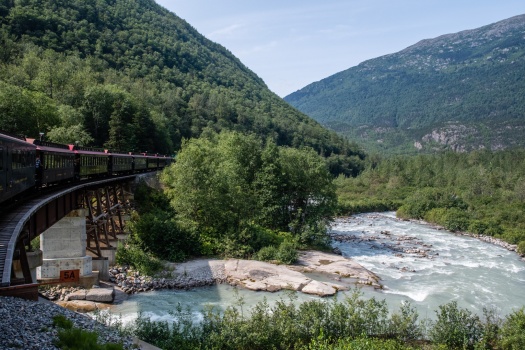 One Reply to “Farther 2019. The White Pass Railway”