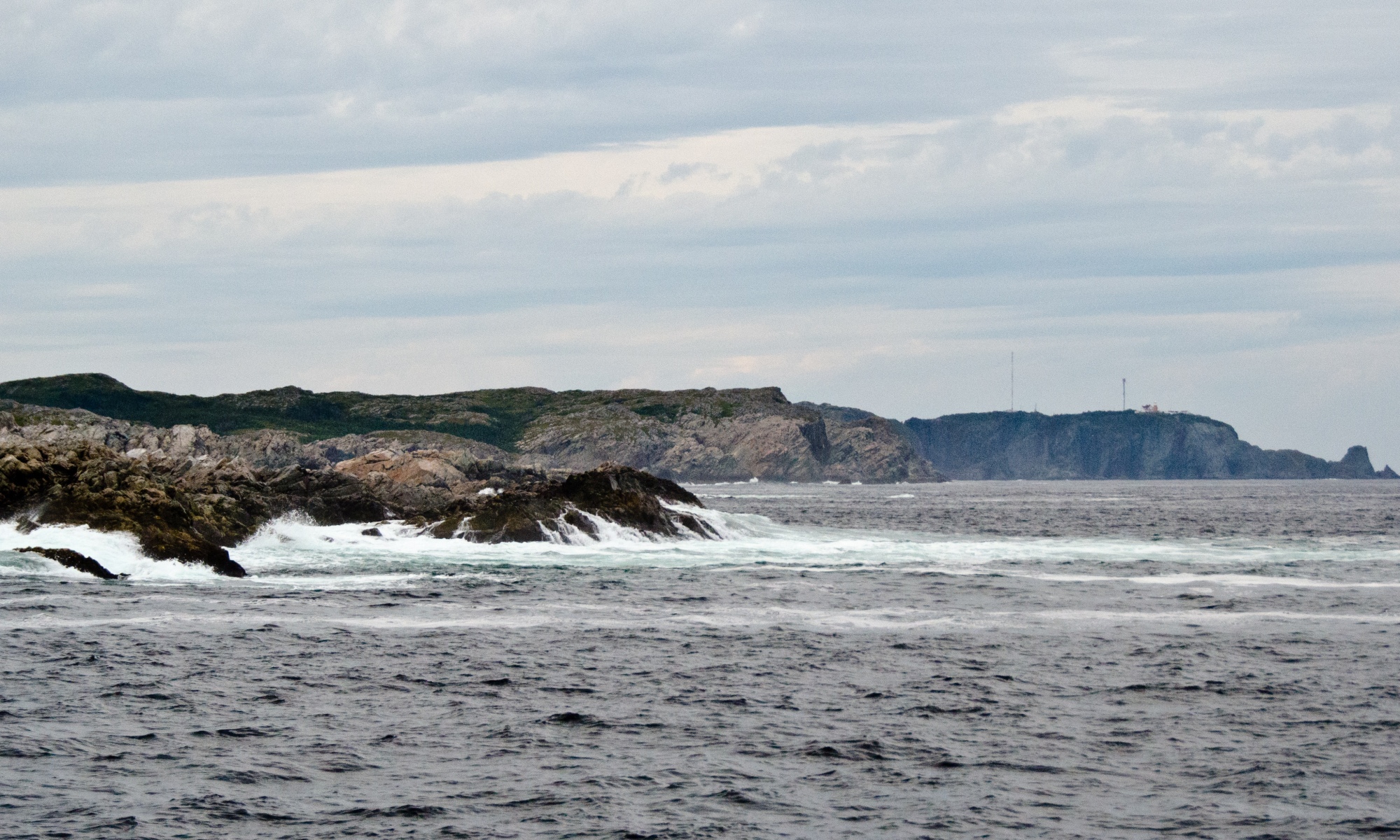 Friday | Aug. 14, 2015 @ 9:30pm
Today was yet again a very different day. We started by driving to Twillingate. I had originally planned to take the back road around the coast but decided not to due to tiredness. That meant we got to Twillingate a little earlier than planned. Right away we could see that it was a busier town with a decent fishing port and many signs that the tourism business was alive and well…which is probably due to the fact that it’s like 30 min away from Gander. But today I didn’t mind that it was more touristy since that meant that there were more restaurants and tour boats. 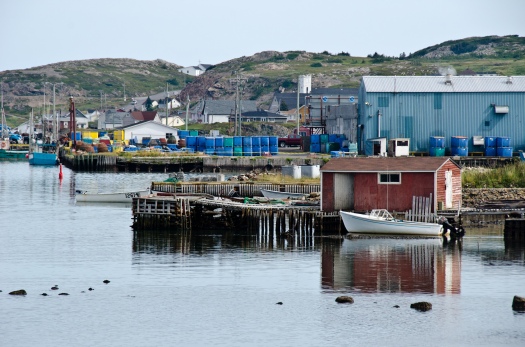 We started by getting some information about the whale tours then set out to long point to see the lighthouse. The scenery was very different once again, especially when compared to the lighthouse at Bonavista. Where Bonavista had been low, barren rocks covered with grass, long point was very high rocks with shear cliffs, covered by trees. It was very majestic and huge…the kind of hugeness that cannot ever be captured with a camera.

We didn’t have a whole lot of time to explore since we had decided to go out for lunch then do a whale tour. We had a lunch of fish and chips then went to the tour boat. The captain was a nice guy and we rode up top of the boat with him. He told us how to watch for whales by looking for their spouts when they came up for air. As we were leaving the harbour we saw a large swarm of jelly fish in the water. Then we went for quite a while without seeing anything, then we saw some but they were too far away. Near the end of the two hour tour we finally got some close to the boat. First we saw some dolphins that swam right by the bow of the boat. Then we saw a few humpback whales come up for air decently close. I had been hoping one would leap into the air, but they didn’t.

After the boat tour we got a campsite, which is in a grassy field at an RV campground. After a nap and dinner we went back to long point and followed one of the trails along the coast to watch a sunset. We even saw a few whale spouts out in the water from land. The sunset was quite nice, but the best part was we just took our time and sat there and took it all in. It was very relaxing. Tomorrow we switch gears and head for Gros Morne, where we will spend several days.