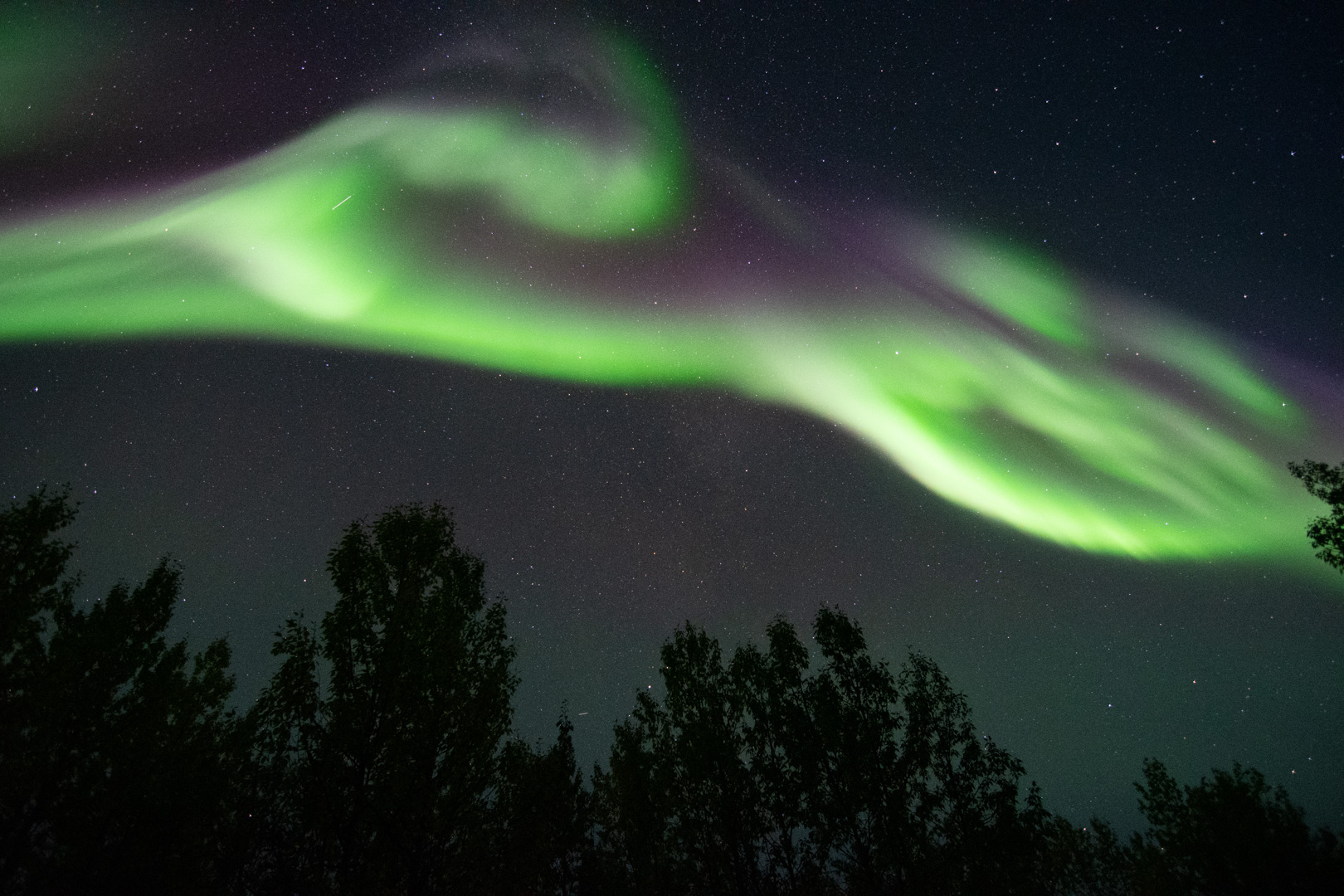 Wrapped in my sleeping bag, my eyes opened. It was dark and I was cold. My cellphone said 2am.

That evening had been warm…at least when compared with Tuk. 17 degrees. First time I could walk around in a T-shirt in more than a week.

On my way back down the Dempster, I enjoyed my time at the Engineer Creek campground. The leaves glowed a golden yellow as the sun shone through them. I enjoyed a late campfire and noticed that it’s getting late enough in the season to be decently dark out at midnight, even this far north.

Back to 2am. I was wide awake. I wasn’t shivering but I wasn’t comfortable..it had the feeling of being below zero. As I lay there, I decided there was no reason to spend the rest of the night cold when the answer was in the Jeep. So I got up, put a minimum of clothes on and went out to get my other sleeping bag.

The sight that met my eyes as I emerged from the tent… A green band swept across the sky, from one horizon to the other…dancing slowly. Excited, I dove back into the tent, and put some socks and my coat on. I grabbed my camera from the Jeep and started shooting. But really I spent more time staring at the sky.

The display became more intense as I watched. Swirling and dancing. Such majesty. Such wonder. Words cannot do this justice. 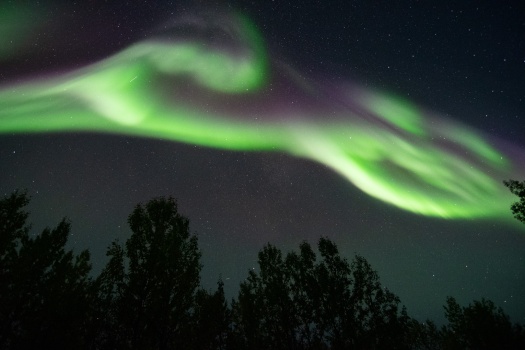 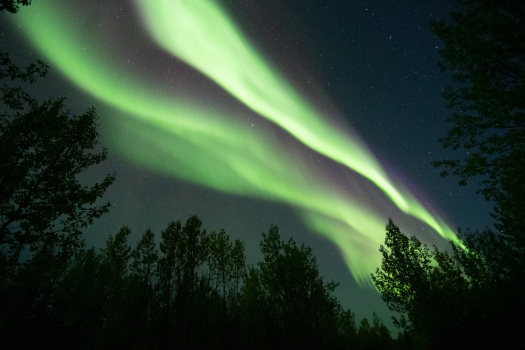 It lasted for 20 minutes while I gazed, then quietly dimmed and disappeared. I grabbed my sleeping bag and lay in the tent…warm, but unable to sleep now! I’ve seen the northern lights before on the horizon, but never like this.

I feel like this couldn’t have happened by chance. Ok, so I was the one that left my sleeping bag in the car, but if I had woke up 20 minutes later, I would have missed it. It’s as though God sent the cold night to tap me on the shoulder.

The next morning, I broke a tent pole…again. But I wasn’t really worried. I’ve had enough trials happen on this trip to remind me that God is with me and will make sure I’m never stranded without reason. Does God also rejoice when we see his glory in the wonders of creation? I wonder sometimes if He’s looking forward to those moments when I come to an amazing viewpoint or watch a sunset…excited, knowing I will see more of Him through it. And sometimes, I’m convinced, He gives me little nudges in the middle of the night so I’m in the right place at the right time to see his majesty unfold across the skies.